Security token offerings, or STOs, briefly took central stage in 2019. The idea of a security token aimed to deal with pressures from regulators, who noticed some tokens had all the features of securities. This spelled trouble for multiple crypto startups, but also gave rise to a new opportunity, the issuance of security tokens. This trend is still relatively new in comparison to the general crypto market. We will look at some indicators suggesting positive performance for STO sales in the coming years.

One of the most keen observers of the token phenomenon was the US Securities and Exchange Commission. At one point, the SEC started to apply the so-called Howey test to determine whether a token purchase had the features of an investment contract. Because so many tokens promised some form of returns, those were labeled securities. Some projects received cease-and-desist orders, while others, like EOS, came away with a fine and continued their operations. 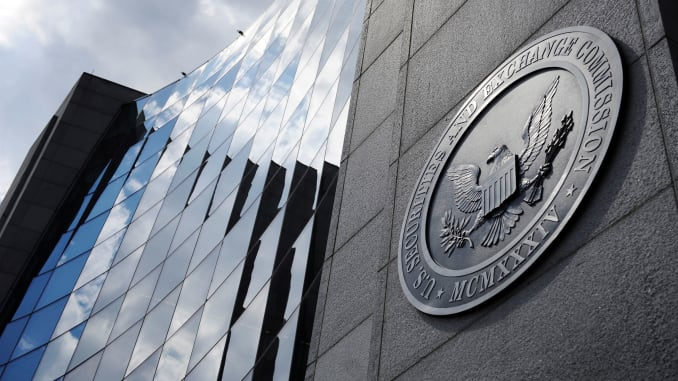 The pressure to avoid launching a token that could be considered an unregistered security led to the scrapping of large-scale sales such as the intended Telegram ICO, as well as the launch of Facebook’s hypothetical asset, Libra.

Security tokens, however, did not go through a boom stage like the freely distributed utility tokens. Those new assets had to go through a lengthy vetting process, and could not rely on an immediate listing for a secondary market. For a while, the STO market seemed like a gridlock, with only a handful of projects managing to complete their token sale and find some form of secondary trading.

But an opportunity appeared out of the difficulties. Soon, consultant firms started to seek out ways to perform sales and achieve secondary trading and transfers. Projects could find tools to discover the limitations and requirements for new token issuance. We selected three consultancy startups which are here to show that STO is still alive in 2020. According to the PwC report on STOs, the presence of consultants is a sign for upcoming growth.

The list combines leading and upcoming consultants which understand the need for detailed curation of projects, to allow safe transfers and ensure the newly issued tokens preserve their value.

Securitize is among the leading consultants for performing STOs, and presided over some of the most publicized deals. Securitize stood behind the drive to tokenize real estate together with Elevated Returns.

Securitize offers a choice between platforms, offering Ethereum, but also newer blockchains with lower latency and lower costs. The project offers tokenization on Tezos, Algorand, Corda, Hyperledger, and Quorum, and the choice of platform rests with the token issuer.

Securitize has also tried to act as a bellwether on tokenizing securities and assets, by building a proprietary client verification system. The Securitize ID is a system introduced in the summer of 2020, and built with capacity to perform KYC procedures for potential STO buyers. Once a user goes through Securitize ID verification, they can use the same ID with one click, to participate quickly in new projects.

STO Advisory is also a cross section of blockchain services with legal, financial and strategic consultations. The firm offers a full stack service, performing multiple types of token sales, including ICOs, exchange-based IEOs and now, opening up to the STO market. The advisory is still growing its STO portfolio, trying to find the best type of token sale for its clients.

STO Advisory allows its clients to fine-tune the type of security token to be issued. It is possible to make equity tokens, which mimic stock issuance. There is also the possibility of debt tokens, which are like tokenized bonds. The third type is a real-asset token, which is often used to invest in real estate or other physical assets.

STO Advisory makes use of some of the most convenient jurisdictions for token sales. The STO stages of sales will happen under the jurisdictions of  Australia and Labuan. STO Advisory sees Asia as an unexplored market, going beyond the current focus of US and EU-targeted token issues. Southeast Asia remains a hub of crypto-related activity, showing promise for asset tokenization.

Leeway Hertz is a multi-product software company which recently moved into the field of STO launches. The firm offers a full package of service, from the presale stage and the writing of a white paper, to post-launch technical maintenance. Leeway Hertz offers to tokenize real estate, but also alternative physical assets such as valuable art. Equity tokens are also a possibility, as well as derivative tokens based on an investment fund.

So far, Leeway Hertz has been conservative in its STO launches. One of the limitations is to offer tokens only to accredited investors, or high net worth individuals. For now, the company has set out a complete process, while awaiting new candidates for its STO model.

Chaineum is a hybrid company, combining the knowledge of STO issuances with decentralized finance. The goal of Chaineum is to create a mass distribution of assets which were previously only accessible to wealthy investors.

Founded in 2015, the startup extended its services to security tokens. Chaineum aims to bring tokenization to a varied list of assets, including equities, debts, derivatives, obligations, real estate, art pieces, or collectibles such as classical cars.

Additionally, Chaineum aims to close up the cycle by creating an exchange for all tokenized assets. The ability to swap or trade tokens is currently limited, as most tokens still need to build up liquidity.

A favorable jurisdiction may be the key to growing STO sales in 2020. Southeast Asia is one of the hottest hubs, continuing the influence of Singapore as one of the leading locations for ICO projects.

One of the problems of the STO sector in 2020 is the inflow of wannabe consultants. Once again, chasing the hype of ICOs has brought out multiple startups aiming to cash in on the rush for another round of security token issues. Despite initial setbacks for crypto in March 2020, it seems like STOs have returned, with demand for newly tokenized assets and projects. One of the setbacks for STOs is that they are not directly targeting the crypto community, but try to attract outside investors. Thus, despite the presence of hundreds of STO projects, some lack a prominent social media presence. Still, the growth in STOs has been notable, and promising new projects continue to appear in 2020, boosted by more solid rules and a better idea of legal limitations.

The positive outlook for 2020 also involves a renewal of the BTC bull market, which led to a 150% growth since the price lows in March. STO issuances are still happening in the background, and they have many forms. Tokenization is a possibility for startups aiming to raise venture capital. But some large companies have made direct corporate STOs, including Deutsche Bank, JP Morgan and other prominent financial institutions. STOs are possible through either public blockchains, or through privately built tokenization tools.

“Whereas so-called ‘utility tokens’ were meant to give investors future access to a product or service, a security token represents actual ownership of an underlying asset. If you invest in a real estate STO, your holdings represent actual shares in physical property rather than an IOU for a future date. Blockchain technology has reduced the need for an expensive middleman and has passed on those savings to investors. The emergence of low-fee investing will only strengthen under the STO model given its programmable compliance and ownership features.”

STO tokens have found several platforms for trading, with tZero one of the leading token aggregators and exchanges. One of the most encouraging developments includes Uniswap, the decentralized token exchange. Uniswap is a permissionless, decentralized protocol that brings immediate liquidity to newly listed assets.

As of November 2020, the total market cap of listed STO tokens is close to $440M. While this number is relatively small in comparison to other digital coins and tokens, there are indications that the STO phenomenon did not die out, but in fact went on to build important infrastructure and set up for growth in 2020 and beyond.